To celebrate Clarence Park 2013 I’m digging through the archives to find past programs and posters the are pre digital, pre letraset and, to be honest, preposterous. Hurrah!

All well-meaning and a labour of love. And I have kept safe the identities of those responsible, apart from at the end. Interesting how technology changed in 8 short years.

This site has nothing to do with the present day Wakefield Music Collective who have a team of highly skilled designers.

There is a lion! Obviously! 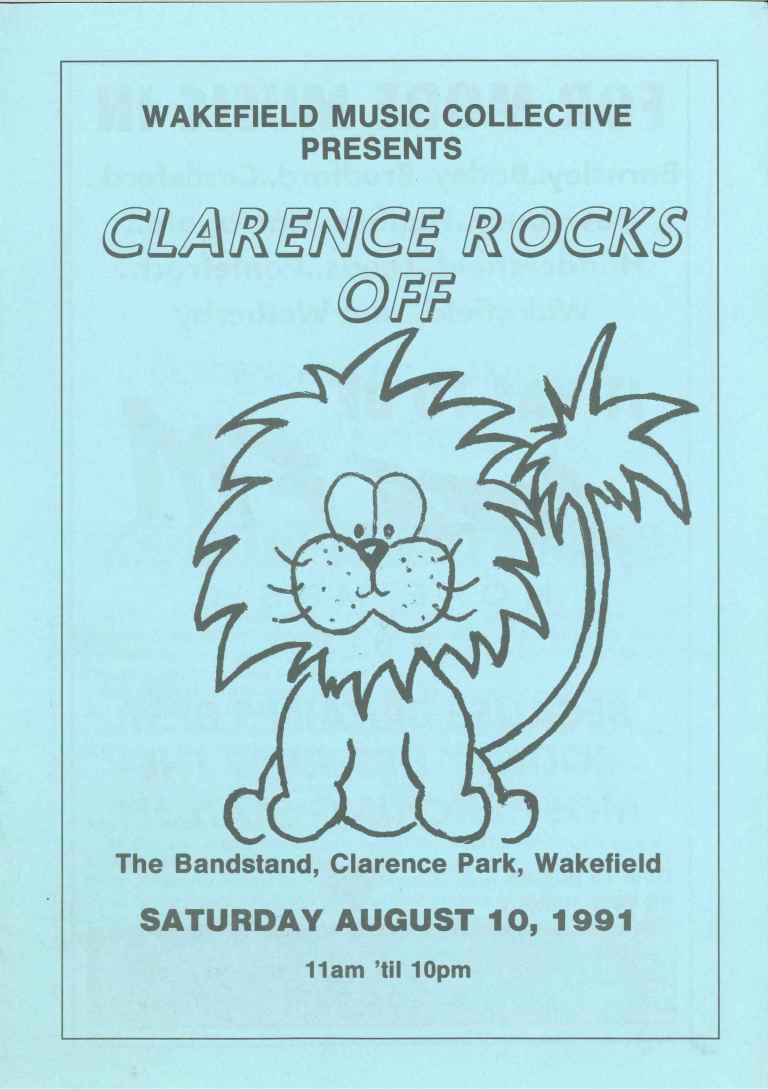 We said ‘Turned Out Nice Again’, you said ‘…oh no it didn’t, it pissed it down!’ The ever optimistic number 2. 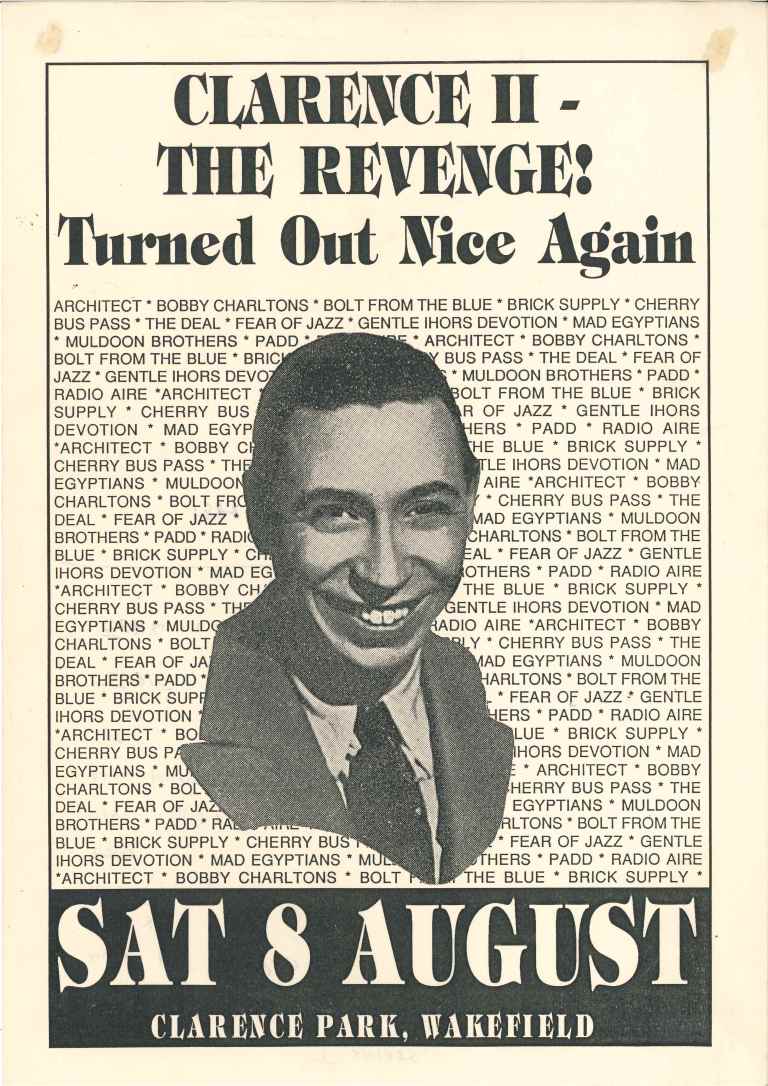 It’s minimal, I’ll give you that. The almost Zen like calm that is Clarence 3

Design Revolution! Some one said ‘shouldn’t we put the bands names on, and the sponsors?’ Genius! 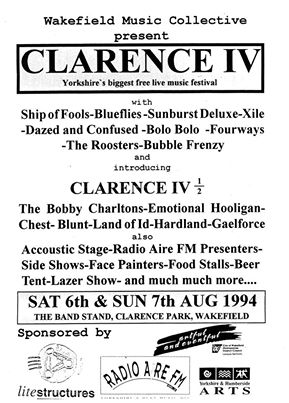 lesson not learnt. The ‘oh buggerit, just draw it and we’ll come up with the line-up later’ award goes to 1995! 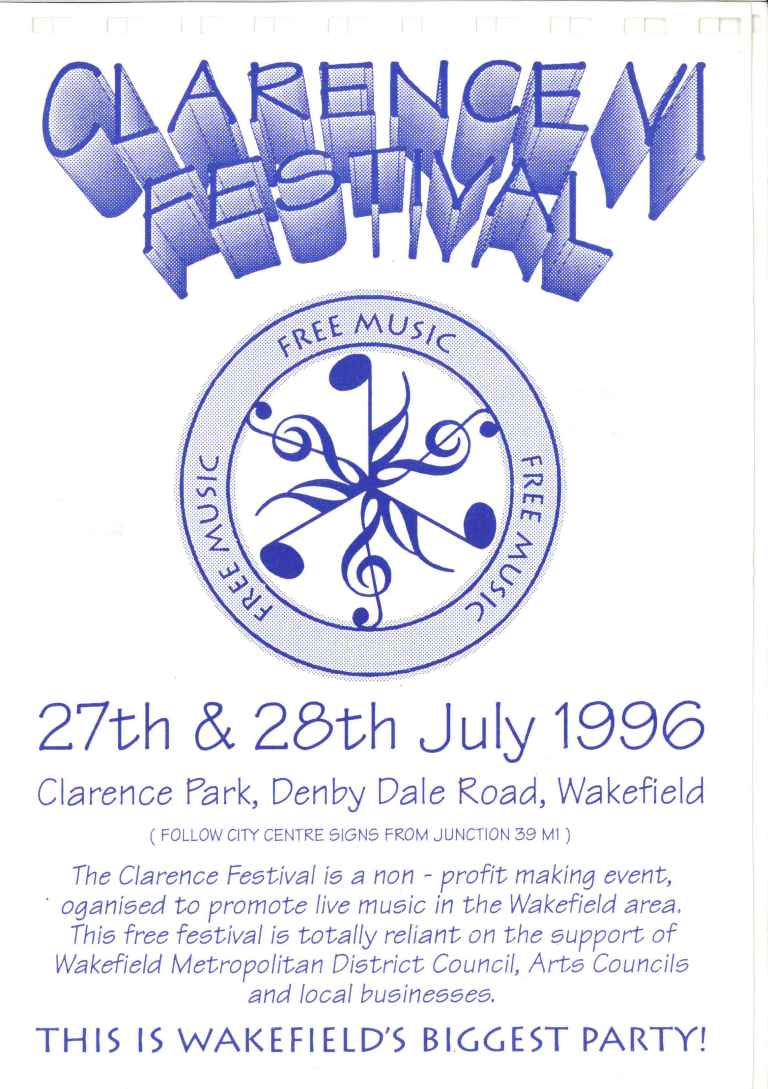 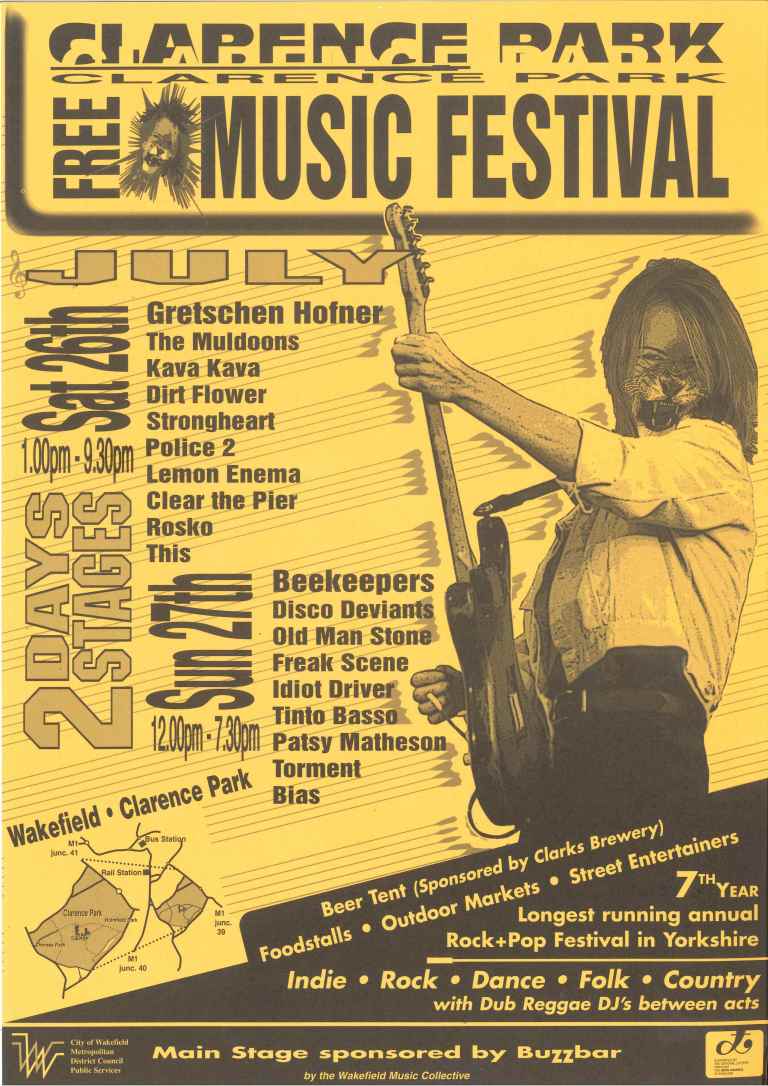 1998
Marc Coyles turn up. He has a computer and everthing! He did something stretchy and clever with the C and the 8. It used a whole megabyte of data! It took half an hour to shift a millimeter! We were rightly impressed! 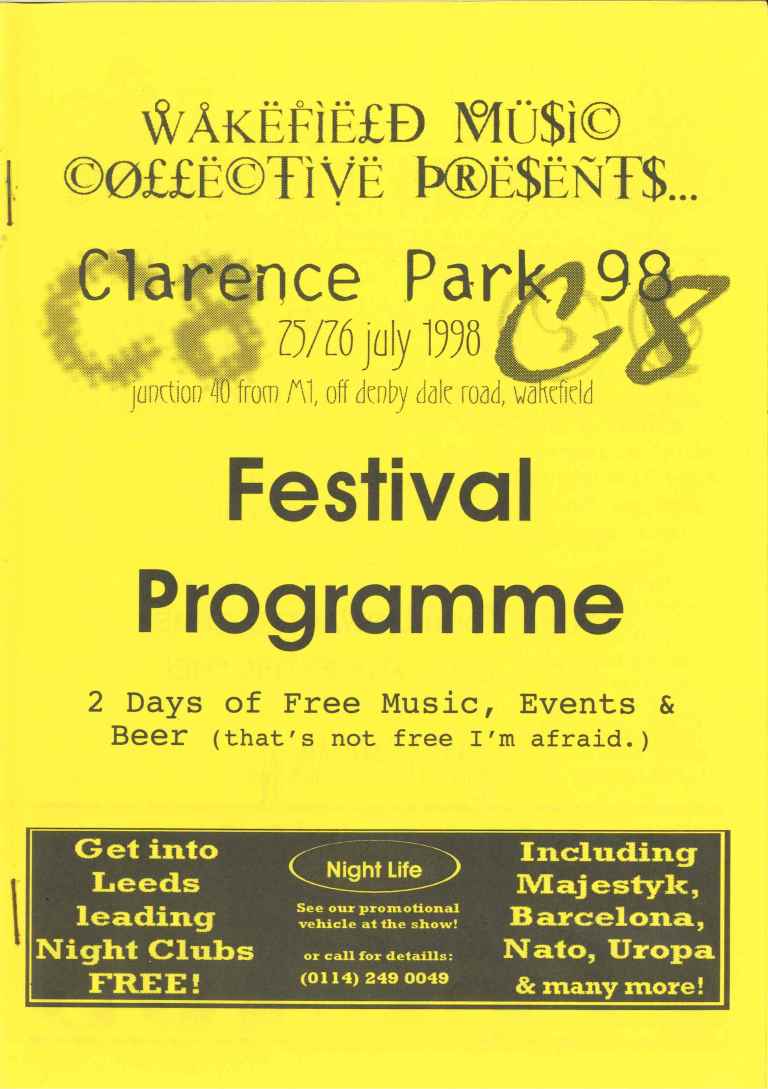